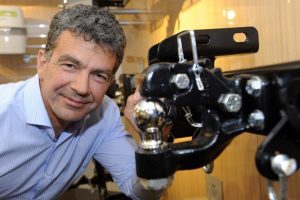 Horizon Global Corporation, a global designer, manufacturer, and distributor of branded towing and trailing equipment, announced the appointment of Carl Bizon as the interim president and chief executive officer.

Bizon, who has served as president of Horizon Americas since the beginning of 2018, replaces Mark Zeffiro, who has resigned from his executive positions and as a director of the board.

Prior to joining Horizon Global, Bizon worked at TriMas Corporation where he led its international businesses from 2008 to 2015.

Bizon’s appointment is effective immediately, while the Board begins their search for a permanent chief executive officer.

In related news, James Tindell, Horizon America’s divisional finance officer, has also taken up the position as president of Horizon Americas on an interim basis.