From Intern to First Woman to Lead NYSE 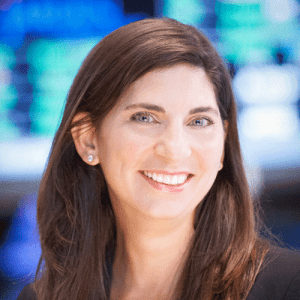 Cunningham will succeed Thomas Farley, who is leaving the company after serving as president since 2014.

Cunningham, who began her career as an intern on the NYSE trading floor in 1994, will be the first female president of NYSE in its 226-year history.

After her stint at NYSE, Cunningham joined Nasdaq as the director of capital markets in 2007 and was eventually named the head of sales for U.S. transaction services in 2011. In 2012, Cunningham returned to NYSE and was named to her current role of COO in 2015.

The appointments of Tuttle and Cunningham become effective on May 25.