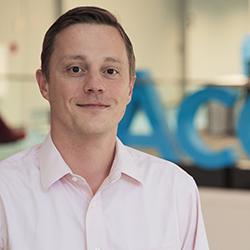 Cochran served as White House director of new media technologies from 2011 to 2012, overseeing the technology behind WhiteHouse.gov. He later worked in the U.S. State Department from 2014 to 2016, serving as deputy coordinator for platforms in the Bureau of International Information Programs, where he focused on digital platforms for global public diplomacy.

Cochran’s private sector experience includes a stint as chief technology officer of Atlantic Media from 2012 to 2014. He was most recently chief digital strategist and vice president of the public sector at Acquia.