By William LottoJanuary 16, 2019 No Comments

TransUnion LLC announced today the appointment of Abhi Dhar as executive vice president and chief information and technology officer. Notably, the credit agency said he has skills in product development, digital product management and information security in complex and regulated technology environments. Cybersecurity and regulation are particularly significant. Recode reported in 2017 that TransUnion hired a full slate of cybersecurity-focused lobbyists in Washington roughly a month after one of its rivals, Equifax, reported a major data breach affecting 145 million Americans. 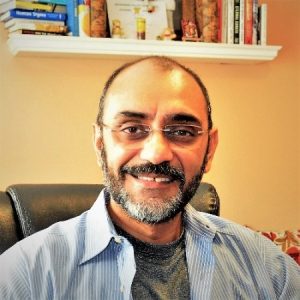 Dhar hails from Packyge Inc., a last-mile delivery startup he co-founded in 2017. He previously worked at Walgreen Boots Alliance from 2009 to 2017, most recently as senior vice president, group chief digital officer for WBA, and chief information officer for Walgreens/Retail Pharmacy USA. His extensive background includes stints as CIO at TravelClick Inc.; software CTO for Cendent Corp./Travelport; principal consultant with PricewaterhouseCoopers; and he several engineering roles with AT&T Inc. Dhar also serves as a member of the Hawaiian Airlines board of directors, a role that he will retain in addition to his new responsibilities.

Dhar replaces Mohit Kapoor, who previously announced his planned retirement but will stay as executive vice president of global technology acceleration on an interim basis to assist with the transition.