By Akeem MellisApril 5, 2019 No Comments 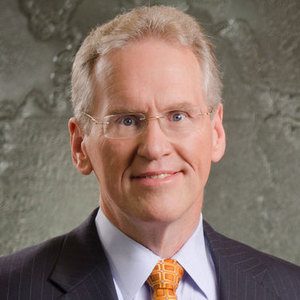 Operating a company that is in the middle of a Chapter 11 bankruptcy triggered by a heavy public relations and financial quandary is no easy feat. For PG&E Corp., this has been the task in front of them for the past six months. After several public vows of renewing its culture and accountability, Wednesday represented a pivotal point in the process. The embattled energy firm announced far-ranging changes to its leadership, including the hiring of outgoing Tennessee Valley Authority President and Chief Executive Officer William D. “Bill” Johnson, 65, as its new CEO. TVA is the nation’s largest public utility. A 17-person overhaul of the board of directors was also initiated, with 10 new members replacing seven departing incumbents.

Before joining TVA in 2012, Johnson was chairman, president and CEO of the Raleigh, N.C.-based Progress Energy Inc. from 2007 to 2012, and was its chief operating officer from 2005 to 2007. He worked there from 1992 and was previously a partner with the Raleigh office of Hunton & Williams LLP, where he represented utilities.

“Johnson brings substantial safety and operational expertise from his extensive career in the energy industry. With more than a decade of combined chief executive experience at two large utility companies, Johnson has a deep understanding of managing risk and the responsibility of keeping customers safe”, the company’s board exalted.

The emphasis on safety will not go unnoticed, of course. It is the reason for Johnson’s appointment in the first place and will come to define his tenure at what was California’s largest power company. A PG&E power line that came into contact with trees triggered The Camp Fire – the worst fire in state history – which led to the company eventually filing for bankruptcy under the weight of billions of dollars in insurance claims and other liabilities.

The board’s composition attracted some attention as well. While PG&E tried to put the spotlight on the members’ connections to the Golden State, doubts about the appointment process and financial links did not go away, with multiple state officials making critical remarks of the board’s financial backgrounds, suggesting that profit would be a far bigger concern than safety. Greentech Media reports this significant opposition from state government has been echoed by minority investor BlueMountain Capital Management, which owns about 2% of PG&E, and has nominated its own 13 candidates for PG&E’s board.