The Clock Is Ticking on AbbVie’s Humira Patent 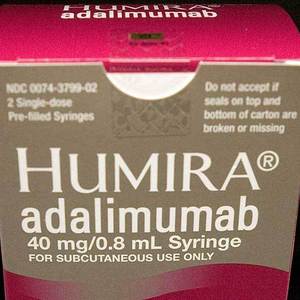 AbbVie Inc.’s surprise announcement of a $63 billion deal to acquire Ireland-based Botox maker Allergan plc led to a series of speculations on what this business combination will mean for the financial future of both companies.

AbbVie has sat in troubled waters for the past few years as it braces itself for the full expiration of Humira’s patent protection, a process which AbbVie’s lawyers have vigorously attempted to delay.

However, the company could not hold on to the world’s most lucrative drug forever. AbbVie, biosimilar pharmaceutical company Amgen Inc., and several other pharmaceutical giants reached a court settlement which would require Amgen and other manufacturers to wait until 2023 to start selling a generic version of the popular arthritis treatment. Allergan meanwhile has similarly faced criticism as it has tried unsuccessfully over the past few years to diversify its product portfolio beyond its line of aesthetic medications.

AbbVie and Allergan’s move to combine echoes a wave of health industry consolidation and is the pharmaceutical industry’s second-biggest takeover this year, following Bristol-Myers Squibb’s $74 billion acquisition of Celgene in January. However, while Bristol-Myers Squibb’s and Celgene’s shareholders could participate in a vote for or against the transaction, a motion which passed on April 12, AbbVie shareholders will not be allowed a vote on Allergan’s acquisition. News that AbbVie stockholders would have no say on the pending transaction sent AbbVie stocks plummeting. Allergan shareholders will be provided the chance to vote on the transaction.

Following the completion of the acquisition, AbbVie Chairman and CEO Richard A. Gonzalez would serve as chairman and chief executive of the combined company. Meanwhile, two Allergan directors, including Chairman and CEO Brent Saunders, are set to join AbbVie’s board of directors. The transaction is expected to close early in 2020 and is subject to regulatory approval and the approval of Allergan’s shareholders.

Should the deal close, the integration and blending of corporate culture should be interesting to see. AbbVie said it anticipates that the acquisition will provide annual pre-tax synergies and other cost reductions of at least $2 billion in year three: The synergies and other cost reductions will be a result of optimizing the research and early stage portfolio, and reducing overlapping R&D resources (~50%), driving efficiencies in SG&A, including sales and marketing and central support function costs (~40%), and eliminating redundancies in manufacturing and supply chain, and leveraging procurement spend (~10%).