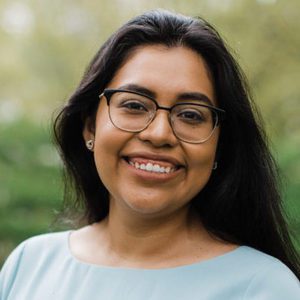 The group has cited Cuellar’s A rating from the NRA, votes to ban federal funds for abortion, and chairmanship of the Blue Dog Coalition as reasons for a challenge. Cisneros supports progressive policies including Medicare-for-all, the Green New Deal, and a $15 minimum wage. “She represents the voices we so desperately need in Congress right now — millennial, working-class, Latina, first-generation immigrant, and dedicating her life to giving back to her community,” said Alexandra Rojas, executive director of Justice Democrats. The group announced in January that Rep. Cuellar was their top target for the 2020 election. His campaign has not yet responded to requests for comment on the endorsement.

In the 2018 House races, Justice Democrats endorsed 26 candidates who won their respective primary elections, seven of which won in the general election, including Reps. Raúl Grijalva, Ro Khanna, Ayanna Pressley, Rashida Tlaib, Ilhan Omar, and AOC. The group’s success with candidates like Rep. Ocasio-Cortez is notable as it is becoming increasingly difficult to run a primary campaign against an incumbent member of Congress.

Earlier this year, the DCCC announced a new policy of not working with or recommending vendors who work for primary challengers. Progressive party members have termed the rule as the DCCC “blacklist” and note that the policy disproportionately affects women and minority candidates and consultants.