By Cara DelVecchioAugust 6, 2019 No Comments 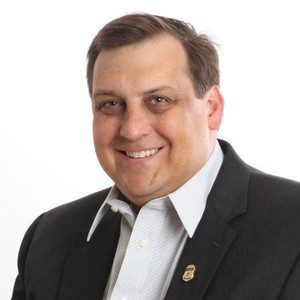 James “Jim Porter is now chief information officer of Millennium Challenge Corp., where he will lead the strategy, development and operations of a diverse IT portfolio. MCC bills itself as an independent U.S. foreign assistance agency helping lead the fight against global poverty.

Porter has over 25 years of experience in the information technology field, in both the private and public sectors.

Previously, Porter was a senior program manager with U.S. Immigration and Customs Enforcement (ICE) in The Office of the Chief Information Officer. At ICE, he oversaw the implementation of law enforcement information technology programs. He also served as senior manager of technology with Sapient Government Services from 2008 to 2011. He previously served in senior technical roles at Booz Allen Hamilton and Commerce One.

Porter studied at the University of West Virginia, where he received a B.M. in music composition. He is a member of several professional development organizations, including The Armed Forces Communications and Electronic Association (AFCEA), The American Council for Technology and Industry Advisory Council (ACT-IAC), and The Project Management Institute (PMI).

It was only June 24 when Sean Cairncross took over as CEO of MCC. He was nominated by President Donald Trump in January. Cairncross previously served as a deputy assistant to the president, and as senior advisor to the White House chief of staff. Before that, Cairncross was chief operating officer of the Republican National Committee for the 2016 election cycle.