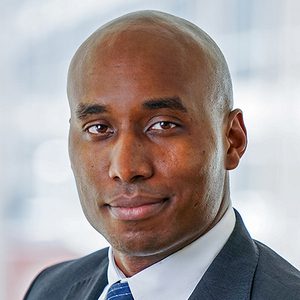 DLA Piper chose Edward “Smitty” Smith as chair of the firm’s regulatory and government affairs practice. In addition to his chair role, Smith continues to lead the firm’s Washington office as managing partner and a partner in the telecommunications practice. Smith joined the firm in 2017 after serving as a legal advisor to then-Federal Communications Commission Chairman Tom Wheeler.

Commenting on the transition, Smith notes “that we are going to see — and already are seeing government intersecting with our clients” regarding the fast pace of government legislation, infrastructure and reconciliation packages, and emerging industries like cryptocurrency and fintech.

A veteran staffer and attorney of the FCC, Smith was previously the chief of staff of its Incentive Auction Task Force, a multibillion-dollar radio spectrum reallocation project, and was a special counsel for the commission for over three years. In 2014, Smith was a candidate for Attorney General of the District of Columbia. Prior to the FCC, Smith was a special advisor for the U.S. Department of Commerce Telecommunications and Information Administration, and led programs to expand broadband to unserved and underserved communities. He most recently served on the FCC Review Team during the Biden-Harris transition.