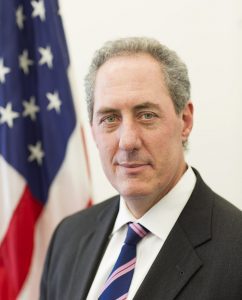 Froman served as U.S. trade representative from 2013 to 2017. Before that, he worked in the Obama administration as assistant to the president and deputy national security advisor for international economic affairs.

Froman also held several executive positions at Citigroup, prior to joining the administration, including as CEO of its international insurance business.

Most recently, Froman served as the James R. Schlesinger distinguished professor at the University of Virginia’s Miller Center for Public Affairs, as well as a distinguished fellow at the Council on Foreign Relations.