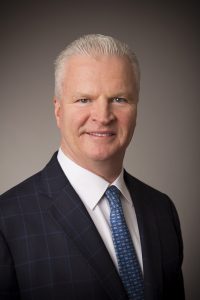 Diplomat Pharmacy, Inc. announced that its Board of Directors has elected Brian T. Griffin as chairman and chief executive officer

Griffin’s appointment follows a several-month-long search for a new chairman and chief executive officer after the retirement of Phil Hagerman earlier this year. Jeff Park, a current member of Diplomat’s board of directors, has been acting as interim CEO until Diplomat announced he would be leaving the position earlier this week. Benjamin Wolin, the boards lead independent director, has also been serving as chairman of the board. Atul Kavthekar, Diplomat’s chief financial officer, will hold the position of interim CEO until Griffin assumes the post.

Griffin, who has only served as the executive vice president and chief executive officer of Anthem, Inc.’s pharmacy benefit manager IngenioRX since March of this year, will be joining the company on June 4, 2018.