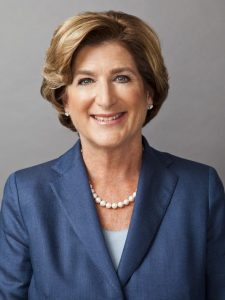 Denise M. Morrison, president and chief executive officer of Campbell Soup Company and a member of its Board of Directors, announced her retirement as president and CEO of the company; Morrison will continue to serve on the Board.

Morrison, who joined Campbell’s in 2003 as president, global sales and chief customer officer, served in a variety of executive roles until she became the first female CEO of the company in 2011.

Morrison provided no reason for her sudden departure.