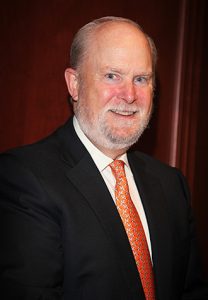 Quorum Health Corporation announced today that their Board of Directors has appointed Robert H. “Bob” Fish as the interim chief executive officer following the retirement of Thomas D. Miller from the company and its board of directors.

Fish joins Quorum Health, the operator of general acute care hospitals, following his time as the interim chief executive officer of Millennium Health, LLC from January 2018 to March 2018. Prior to that, Fish served as the chief executive officer of Skilled Healthcare from 2013 until the company completed its merger with FC-GEN in February 2015; The combined company changed its name to Genesis Healthcare, Inc. Fish has served as chairman of Genesis Healthcare’s Board of Directors since 2017 and has been a member of the Genesis Board since 2013.

Miller’s departure and Fish’s assumption of the chief executive officer position are both effective immediately.