In an SEC report filed Nov. 30, GEO Group Inc. stated that its current Senior Vice President and General Counsel John J. Bulfin, who has held the post since 2000, will retire from the Boca Raton-based private prison operator at the end of the year. 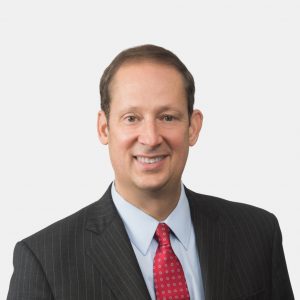 The notice also confirmed that Geo’s board of directors had voted to appoint the Former Florida Senate President and counsel at Akerman LLP Joe Negron as its new general counsel, effective Jan. 1. At the same time, the company decreased the size of its board of directors following the resignation of National League of Cities Executive Director Clarence E. Anthony.

GEO Group acted as a patron of Negron during his 2016 run for Florida Senate, and for his wife Rebecca Negron’s unsuccessful 2016 run to represent Florida’s 18th congressional district in the U.S. House of Representatives. According to the Miami Herald, the company steered close to $288,000 total for the couple’s political ambitions in the 2016 race. In connection, the Miami Herald also reported in 2017 that, during Joe Negron’s tenure as Florida’s Senate President, state legislators approved an increase to funding for five of GEO’s private prisons in Florida.

The appointment of Negron as the private prison company’s chief legal officer comes at a contentious time for the company, which has been held in the national spotlight this year because of President Donald Trump’s “zero-tolerance” immigration and border policy. Contracting with Immigration and Customs Enforcement, GEO and fellow private prison company CoreCivic operated family-detention centers with the express purpose of housing immigrant families detained at the border. The enforcement of Trump’s hardline immigration policy coincided with additional valuation to GEO’s stock price.

The company has not issued any press releases regarding Bulfin’s retirement or Negron’s incoming appointment as of the writing of this story.