Tim Sloan Is Out. Do You Want to Run Wells Fargo? 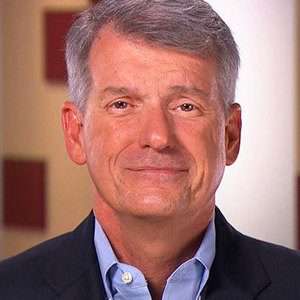 Wells Fargo & Co. just announced CEO and President Timothy J. Sloan informed the board of directors of his decision to retire on June 30. He immediately relinquishes those roles and his membership to the board, which elected former General Counsel C. Allen Parker as interim CEO and president (and member of the board. The next leader will come from outside the company.

The board chose to run an external search process. Wells Fargo Board Chairwoman Betsy Duke stated, “Although we have many talented executives within the company, the board has concluded that seeking someone from the outside is the most effective way to complete the transformation at Wells Fargo.” Duke is likely referring to trouble that tarnished the bank’s once-pristine image, from a fake accounts scandal to securities-fraud accusations and being forced to pay $2.1 billion for its role in the housing crisis. In a 2018 letter to Federal Reserve Chairman Jerome Powell, Sen. and Presidential candidate Elizabeth Warren claimed that Sloan is “deeply implicated in the bank’s misconduct,” and asked that the Fed maintain its growth cap on Wells Fargo until the bank replaces him for his implication.

On top of that, it seems the corporate bank has a revenue problem, according to Reuters.

Parker, 64, was senior executive vice president and general counsel at Wells Fargo from March 2017 until this month. Previously, he was presiding partner at Cravath, Swaine & Moore LLP from January 2013 until December 2016, where he was responsible for development and implementation of firmwide strategy and day-to-day firm leadership, including financial analysis and reporting, business development, risk management and public relations.

Sloan stated, “I have been very fortunate to work for such a great Company, and with so many dedicated team members, for more than 31 years, and I am very proud of what we have accomplished together. In my time as CEO, I have focused on leading a process to address past issues and to rebuild trust for the future. We have made progress in many areas and, while there remains more work to be done, I am confident in our leadership team and optimistic about the future of Wells Fargo. However, it has become apparent to me that our ability to successfully move Wells Fargo forward from here will benefit from a new CEO and fresh perspectives.”

(Alex Fishler contributed to this report.)