By William LottoSeptember 9, 2019 No Comments 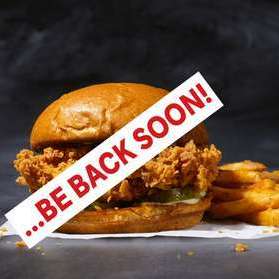 So far in 2019, Leadership Connect has tracked a transformation in the fast food industry’s hierarchy, while the old guard of burgers and fries seek to remain culturally relevant and economically viable. Some of the replaced CEOs/presidents spent less than four years on the job, others less than two.

The chain of hires appears to have started on Jan. 1. with KFC Corp., where Anthony Lowings replaced Roger Eaton as CEO. Later that month, Burger King-owner Restaurant Brands International Inc. brought in Jose Cil to replace Daniel Schwartz as CEO. Then in March, Felipe Athayde was tapped as Americas brand president at Popeyes Louisiana Kitchen, replacing Alexandre Santoro, who had been in the position for less than two years. Then Hardee’s Food Systems Inc. and Carl Karcher Enterprises Inc., both subsidiaries of CKE Restaurants Holdings Inc., got Ned Lyerly as CEO. The role was previously held by Jason Parker for two years. Then in May, Kurt Kane became the U.S. president of Wendy’s International Inc., home to a red-haired icon and a spicy social media team.

The appointments from the beginning of the year are already making waves as this injection of new blood has begun to take shape. Some may recognize the significant changes in the form of Beyond Meat in their chicken buckets or Impossible burgers in their Whoppers. Others will hear about buttermilk spicy fried chicken sandwiches (to the point of social media virality and attempted robberies), garlic bread thickburgers, and even Cheetos chicken sandwiches.

As various fast food establishments draw their lines in the sand, people are either drawn into the push for healthier or environmentally conscious eating or enticed by uniquely unhealthy food options. The changes to how we consume fast food are just beginning and it’s anyone’s guess what the rest of 2019 and 2020 will bring.