Russia continues to lay siege to Ukraine. As negotiations between Ukraine President Volodymyr Zilensky and Russia President Vladimir Putin stretch out, security experts predict a prolonged war with long term repercussions. With  G7 opposition to this war, the United States continues to impart sanctions on Russia. U.S. companies have recently begun announcing opposition as well, leading to a mass exit of business in Russia. The ruble fell to its lowest historic value since the invasion began, leaving Putin few moves, one of which was to to impose rules on gas buying by “hostile nations.” Companies who are involved in Russia will soon decide on whether to continue to pursue operations in this volatile economy.

Leadership Connect began tracking 112 companies in the wake of the mass withdrawals and suspension of operations in Russia. The data represents companies that belong in the Fortune 1000, Global 500, S&P 500, and some prominent law firms. This data will serve as a guide to navigate the top companies maneuvering in and around Russia as the Ukraine conflict continues. We will continue to update the data as it evolves.

Companies Pulling Back from Russia

This timeline (download Excel here) represents the dates of companies announcing withdrawals or suspension of operations. Among the Fortune 500 companies listed below are Amazon, Microsoft, Facebook (Meta), and Exxon Mobil. 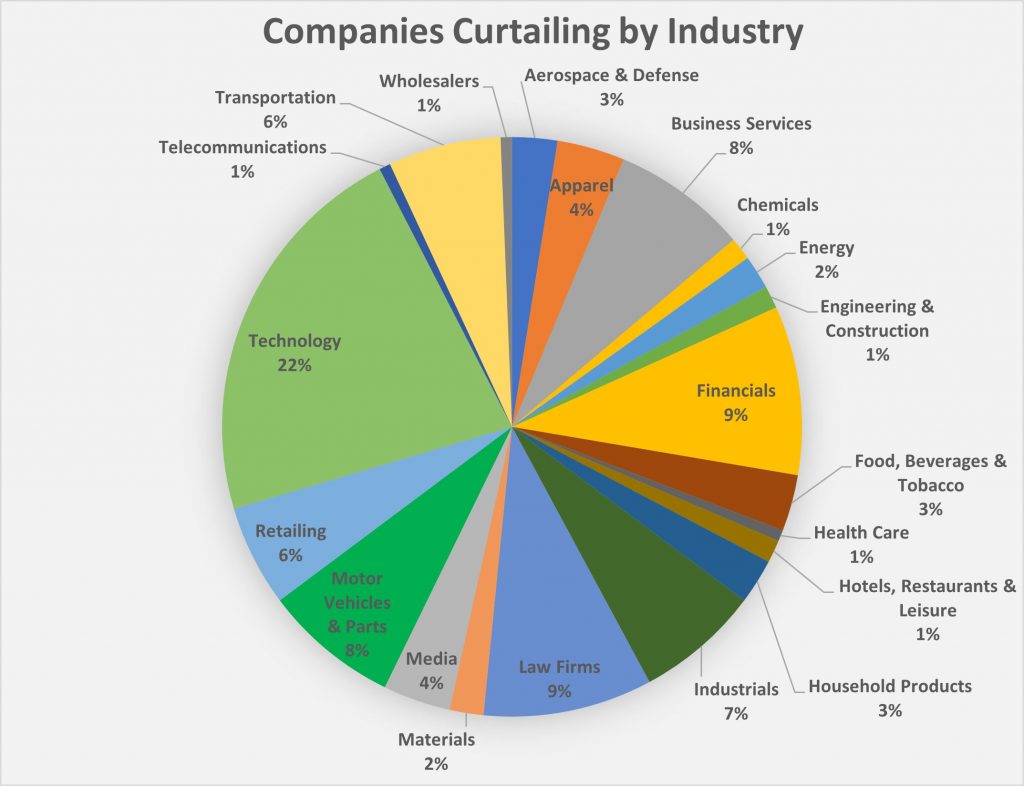 Things continue to get complicated as more companies withdraw from or curtail operations in Russia. The permanency of these cutbacks is in question.

Going forward, major factors that could impact a company’s decision about Russia might fall on its reputation and ESG concerns, and the potential risk of supply chain implications.