Chat with us,powered by LiveChat
Hit enter to search or ESC to close
CongressCourts

Rep. Evan Jenkins to be Sworn-In to the West Virginia Supreme Court of Appeals

Representative Evan Jenkins (R-WV, 3rd) will be sworn-in to the West Virginia Supreme Court of Appeals on October 1, 2018. 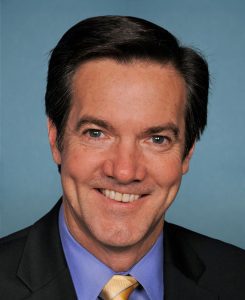 Jenkins, who lost a primary for the Republican Senate nomination, has filed to run in the general election for the seat, which is scheduled for November 6. Jenkins’ congressional seat will likely remain vacant until the new Congress begins in January 2019, when his successor will be sworn-in.

Like most of the state, the third congressional district leans Republican where President Donald Trump won the district by nearly 50 points. However, the race is gaining national attention with the rise of Democratic State Senator Richard Ojeda who is running a competitive campaign against Republican State Delegate Carol Miller.