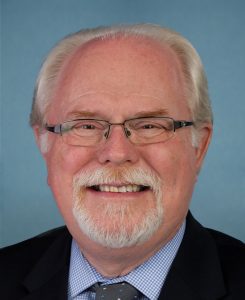 Newly-elected Rep. Ann Kirkpatrick (D-AZ, 2nd) hired former congressman Ron Barber (D-AZ) as her district director. Barber held the same position under former Representative Gabrielle Giffords (D-AZ) and was elected to fill out the remainder of her term after she was nearly killed in a horrific shooting during a constituent event in 2011.

Barber, who was also shot in the attack, was reelected in 2012, but narrowly lost to Representative Martha McSally (R-AZ, 2nd) in 2014. The move is quite unique, putting a former member of Congress into a staff post.

Kirkpatrick asked Barber to join her staff because “no one knows Southern Arizona better than him. There’s no one who loves Tucson and Cochise County more than Ron.”