By Sheila TimmonsDecember 18, 2018 No Comments

Arizona Gov. Doug Ducey (R) has appointed Rep. Martha McSally (R-AZ, 2nd) to the Senate. Sen. Jon Kyl announced that he will resign at the end of the year, having filled the late Sen. John McCain’s seat since September. 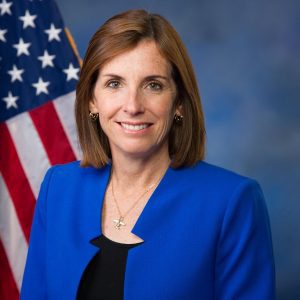 Arizona has never been represented by a female senator; in January, both of its senators will be women. Rep. Kyrsten Sinema (D-AZ, 9th) defeated McSally in the race to succeed retiring Sen. Jeff Flake (R-AZ) this November.

“Over the last year, I’ve traveled across this great state, meeting with countless Arizonans, and listening to them,” McSally said in a statement. “I’ve heard about the challenges they face and the hopes they have for the future – and I’ve learned a lot. I am humbled and grateful to have this opportunity to serve and be a voice for all Arizonans. I look forward to working with Senator-Elect Kyrsten Sinema and getting to work from day one.”

Kyl’s resignation will go into effect on Dec. 31. If McSally is sworn in before the 116th Congress begins on Jan. 3, she will be the senior senator from Arizona.

McSally will have to defend her seat in a 2020 special election. The seat will be up for re-election again in 2022.