By Sheila TimmonsJanuary 3, 2019 No Comments 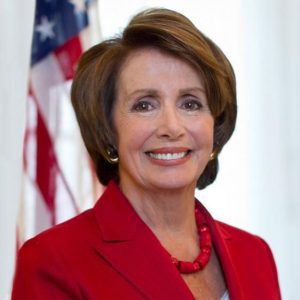 Rep. Nancy Pelosi (D-CA, 12th) was elected Speaker of the House of Representatives today when the 116th Congress convened for the first time and Democrats officially regained the House majority.

She was elected 220-192, having dispelled dissent from detractors within her caucus leading up to the House Democrats’ leadership elections in November. Part of her strategy to win back the gavel was promising to support term limits for leadership positions and committee chairmanships.

Pelosi was first elected Speaker in 2007 but lost the gavel when Republicans won the House majority in 2010. She served as House Minority Leader the past eight years. She is the first and only woman to serve as speaker.