By Dominique PandyAugust 1, 2019 No Comments 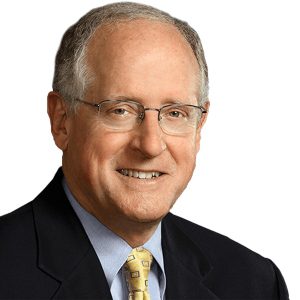 The House GOP has been rocked by a wave of retirements, a trend that Republican leaders expect to continue in the weeks and months to come. In the last two weeks alone, five Republicans have announced their retirements from the House, including Rep. K. Michael Conaway (R-TX, 11th) who became the eighth Republican this year to say they would not be seeking reelection. Rep. Conaway has served in Congress for 15 years and is the ranking minority member of the House Agriculture Committee. “Will there be more retirements? Most certainly there will be, for a range of reasons,” said Rep. Paul Mitchell(R-MI, 10th), a member of GOP leadership who also announced his retirement last week. Mitchell’s retirement comes after just two years into his congressional service. Other lawmakers who recently announced they would not be seeking reelection include Rep. Martha Roby (R-AL, 2nd), Rep. Pete Olson (R-TX, 22nd), and Rep. Rob Bishop (R-UT, 1st).

While many of the House retirements are in solidly red districts, at least two seats have become more competitive in the wake of the retirements including Rep. Olson’s seat, who forecasters shifted from “lean Republican” to “toss-up” after his retirement announcement last week. With the current House breakdown of 235 Democrats, 197 Republicans, two vacancies last held by Republicans, and one independent, the recent string of retirements complicates Republican chances of retaking the House majority in the next cycle. The party would need to gain at least 18 seats to restore the majority, but many don’t believe it is likely. “Unfortunately, I am afraid there may be more coming,” said Sarah Chamberlain, president and CEO of the Republican Main Street Partnership. While some Republicans have expressed their concerns, others say retirements are to be expected. “Retirements are inevitable. They happen every cycle,” said Michael McAdams, national press secretary for the NRCC. While many of the retiring members cite family and personal reasons for their departures, others like Rep. Mitchell cite the “increasing polarization” and “gridlock” of Congress.

Although it is too soon to say how much these retirements predict about the 2020 election, it is undoubtedly a complication that Republicans are worried about as just three Democrats have announced their retirements from the House thus far. In 2018, 34 Republicans compared to 18 Democrats chose not to run again for their House seats, contributing to a major shift of power in the House. Retirements are not uncommon, but there is a chance that Democrats could increase their majority in 2020.