By Dominique PandySeptember 12, 2019 No Comments 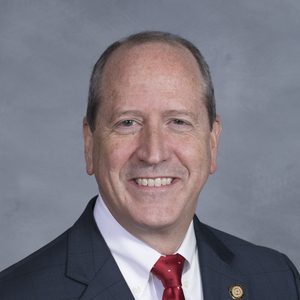 Republican Dan Bishop, a former state senator, narrowly defeated Democrat Dan McCready on Tuesday in a special election in North Carolina’s Republican-leaning 9th Congressional District. “WE DID IT!!!! Thank you North Carolina!!!” Bishop wrote on Twitter after declaring victory, capturing 51% of the vote compared to McCready’s 49%. Bishop ran a campaign where he tied himself closely to President Donald Trump and promised to support the president while in Congress. President Trump carried the district in 2016 by 12 points but polling ahead of the election indicated a tight race. Trump, who flew to North Carolina to campaign for Bishop on Monday night, took credit for Bishop’s win. “Dan Bishop was down 17 points 3 weeks ago. He then asked me for help, we changed his strategy together, and he ran a great race. Big Rally last night. Now it looks like he is going to win,” said Trump in a tweet.

While Bishop’s win is a relief for the GOP, the tight margin might be worrying to Republicans looking to win similarly competitive seats in 2020. Bishop’s win should have been easy; however, the Republican Party has seen a mini-realignment as it becomes more and more of a rural party. Additionally, the region was recently hit with Hurricane Dorian, and the election for North Carolina’s ninth was stalled for several months due to a ballot-tampering scandal that caused Republicans to replace the initial GOP candidate, Mark Harris. State election officials moved to nullify the results of the 2018 midterm race after allegations that one of Harris’ aides tampered with ballots ahead of the first count. After the Republican candidate got just 905 more votes than the Democrat in the 2018 election, Dan Bishop pulled off a much clearer win with almost 5000 more votes as McCready lost ground in more rural areas compared to his 2018 margins.

NRCC Chair Tom Emmer (R-MN, 6th) offered a statement that suggested Republican messaging for the 2020 cycle is already working. “North Carolinians rejected the Democrats’ socialist agenda and elected a representative who will defend North Carolina values, and will always fight for freedom and against socialism,” Emmer said in a statement. However, Democrats have pointed out there is a silver lining as this was already a more conservative seat that many of the ones flipped in the 2018 election. “There are 34 Republican-held districts that are more favorable to Democrats than North Carolina’s Ninth. Tonight’s razor-thin result in this ruby-red district solidifies the fact that Democrats are pushing further into Republican strongholds and are in a commanding position to protect and expand our House Majority in 2020,” said DCCC Chair Cheri Bustos (D-IL, 17th).

In a less contested race in North Carolina’s 3rd Congressional District special election, physician Greg Murphy defeated Democrat Allen Thomas as well as two other candidates, and will succeed the late GOP Rep. Walter Jones Jr. Jones, who died in February. Murphy is currently a state House member who survived a 17-candidate republican primary in April and runoff election in July. The district, which President Trump won the district over Hillary Clinton by 23 points in 2016, was expected to stay in Republican control.

Republicans will cut the Democrats’ House majority to 235-199 once the new Republican members are sworn in but will need to keep momentum as early signs point to another Democratic-leaning year in 2020.