By Rowan SockwellOctober 18, 2019 No Comments 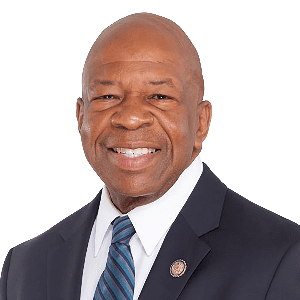 Leading House Democrats are suggesting that a landmark prescription drug bill, The Lower Drug Costs Now Act, be named after Rep. Elijah Cummings, who died on Thursday. He was 68. The congressman relentlessly advocated for lowering the cost of prescription drugs, an issue he took up directly in Oversight Committee investigations.

A civil rights warrior, Baltimore attorney and former Maryland Delegate, Cummings served Maryland’s 7th Congressional District for 23 years. When the Democrats took control of the House in January, he became the Chairman of the House Oversight and Reform Committee, the House’s primary investigative body.

As the Oversight Committee Chairman, Cummings has been one of three House committee chairs guiding the current impeachment inquiry into President Donald Trump. Speaker Nancy Pelosi, longtime colleague and friend of the lawmaker, has publicly credited and thanked the Representative for his guidance in the proceedings.

The most senior Democrat on the Oversight Committee, Rep. Carolyn Maloney of New York’s 12th District, will step in as acting chairwoman until a permanent chair is formally selected for the role. Maloney has served in the House since 1993 and has been a member of the Oversight Committee since she first entered Congress.

Elijah Cummings was a courageous leader and trailblazer for our nation, and a true friend and mentor to me. His open, gracious, fighting spirit will always be an inspiration.

Politicians across the political spectrum have expressed similar sentiments of loss and profound admiration.