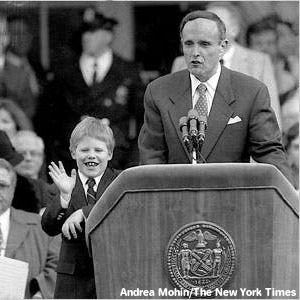 Leadership Connect has other high-level family connections for current White House staffers that may be new to you.

*Giuliani has only recently received wide press coverage, even though he is one of the longest-serving members of the Trump administration.