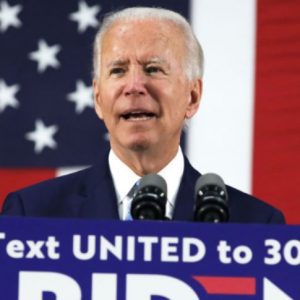 As election day approaches, U.S. Democratic presidential candidate Joe Biden is left with only a few weeks left to sway the Latino vote for Nov. 3. On his Latino Leadership Committee, the campaign organized a unique structure made up of a majority of elected officials at the state and local level. Such representation can be difficult to implement due to the sub-communities in the Latino community – more commonly known as Latinx, or the Latinx community. One of the most significant leadership appointments is the current New Mexico Governor, Michelle Lujan-Grisham, as co-chair of the transition team. While Lujan-Grisham is a 12th generation New Mexican, she possesses valuable experience in various Hispanic boards and commissions, including being the chair of the Congressional Hispanic Caucus.

Biden struggles to engage Hispanic and Latino voters, particularly in Florida. On Sept. 8, a poll from NBC News showed that although President Trump and Biden were deadlocked at 48% in Florida, Trump faired slightly better among Latino voters (50% to 46%). More recently, however, a Washington Post-ABC News poll released Sept. 23 shows Biden pulling more support from Latino voters compared to Trump (52% to 39%). These numbers, however, do not suggest a clear edge for Biden.

Since July, the Biden campaign has addressed criticism announcing a Latino Leadership Committee, releasing a three-fold plan to invest in and revitalize Puerto Rico, and running a Spanish-language advertisement campaign in Florida featuring accents that represent Cuban, Puerto Rican, and Mexican voters.

The Latino Leadership Committee strategically connects many Florida state senators to Biden’s campaign. The committee will consist of state and local leaders from across the country to mobilize the Latino vote.

— Juan Melgar contributed to this report