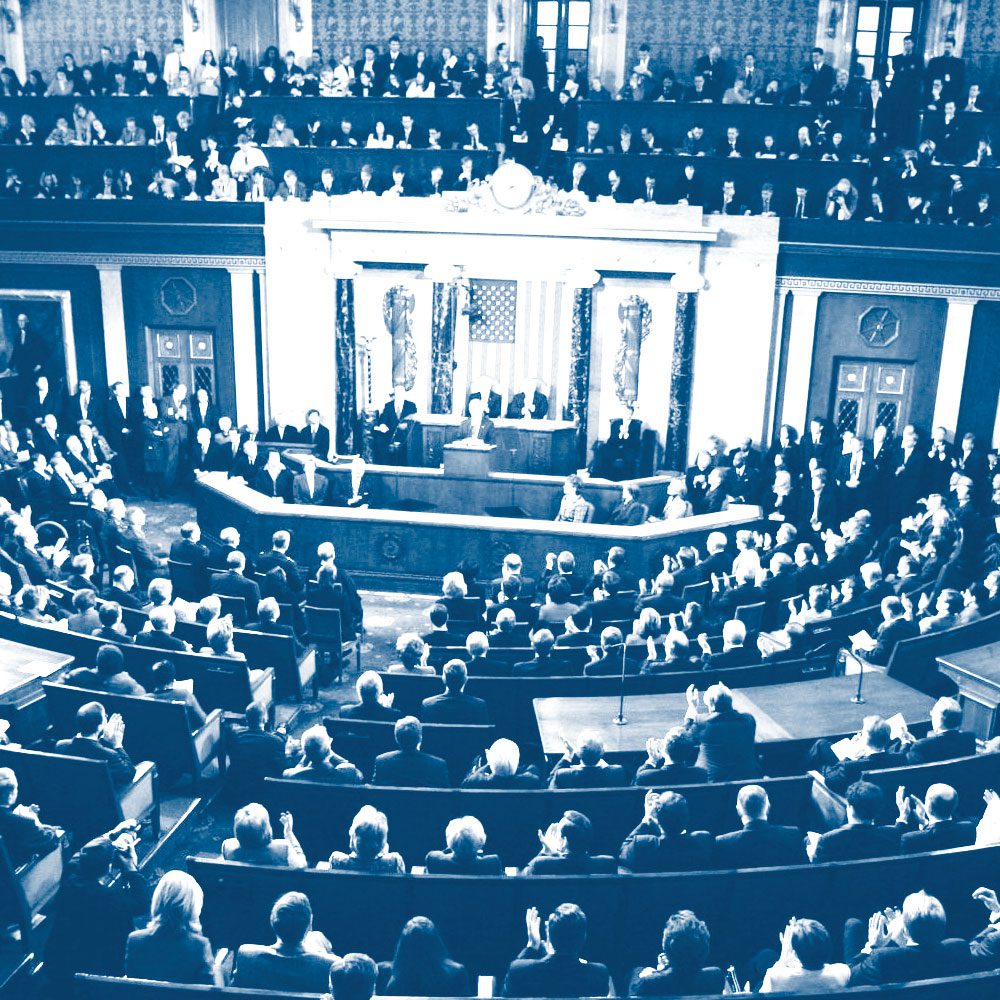 What do committees do and why are they important?

Committees help to organize the most important work of Congress – considering, shaping, and passing laws to govern the nation. Approximately 8,000 or so bills go to committee annually. Fewer than 10% of those bills make it out for consideration on the floor. While committee positions change throughout congressional terms, the biggest opportunity for turnover is an election year. With 470 congressional seats up for grabs and 40 retiring Members and Senators in 2020, there will be some major turnover within congressional committees.

The 40 retiring Members and Senators mean there are some guaranteed vacancies, and with dozens of reelection campaigns in jeopardy of being lost, there will likely be even more. With committees helping to prepare the laws that allow the country to run smoothly, who runs the committees is of the utmost importance.

Chair of the Senate HELP Committee

After beginning his Senate tenure in 2003, Sen. Lamar Alexander (R-TN) will retire at the end of this term. He is serving as chairman of the Senate Committee on Health, Education, Labor, and Pensions. If the Senate flips in the 2020 election cycle, it is likely that current Ranking Minority Member Sen. Patty Murray (D-WA), would supersede Alexander in the position of chair. While there are no GOP Senators currently vying for the position, if Republicans maintain the majority in the Senate, there will likely be a quiet battle for the role as the committee handles issues that hit close to home for the constituencies of nearly all Senators.

Chair of the Senate Committee on the Budget

Sen. Mike Enzi (R-WY) will retire this term after 23 years of service. This will leave a vacancy in the chair position for the Senate Committee on the Budget. Ranking Minority Member Sen. Bernie Sanders (I-VT) would likely take the Chair position if Democrats gain the majority in the Senate. As the committee has jurisdiction over all resolutions regarding the congressional budget, this is a highly competitive position that will allow for a great amount of influence within Congress.

Chair of the Senate Committee on Agriculture, Nutrition, and Forestry

Sen. Pat Roberts (R-KS) will not be seeking reelection this term leaving the chair position open for the Senate Committee on Agriculture, Nutrition, and Forestry. This position is particularly important for states where agriculture is the top industry. Ranking Minority Member Sen. Debbie Stabenow (D-MI) would likely take over this top position in the event of a Senate flip, or would go to one of the senior Senators serving on the committee if the Republicans stay on top.

Chair of the House Committee on Appropriations

Congresswoman Nita Lowey (D-NY, 17) will retire this year after serving 16 terms for the U.S. House of Representatives. As the committee that decides how governmental funds are allocated, this is one of the most important roles in the House. Currently, three democratic committee members are vying for the seat: Reps. Rosa DeLauro (D-CT, 3), Debbie Wasserman Schultz (D-FL, 23), and Marcy Kaptur (D-OH, 9). If the Republicans manage to take back the majority in the house, Ranking Minority Member, Congresswoman Kay Granger (R-TX, 12), would likely take over the role of chair.

Chair of the House Committee on Foreign Affairs

Congressman Eliot Engel (D-NY, 16) lost his June 23 primary election, guaranteeing a vacancy for the chair position for the House Committee on Foreign Affairs. Congressman Brad Sherman (D-CA, 30) is next in line for the position based on seniority, but Reps. Greg Meeks (D-NY, 5) and Joaquin Castro (D-TX, 20) are also running for the position. The decision will ultimately fall to the Steering and Policy Committee headed by Congresswoman Nancy Pelosi (D-CA, 12). In the unlikely opportunity of a Republican majority in the House post elections season, the position would likely go to Ranking Minority Member Michael McCaul (R-TX, 10).

Chair of the Senate Committee on the Judiciary

During a historic Supreme Court Justice Confirmation hearing, Sen. Lindsey Graham (R-SC) also finds himself in a race for his Senate seat that is considered a “toss-up” by Cook Political Report. Neck-and-neck with his opponent Jaime Harrison, Graham could lose not only his Senate race, but his prestigious chair position on the Senate Committee on the Judiciary. If the Senate flips, the chair position will likely go to Ranking Minority Member Sen. Dianne Feinstein (D-CA), but if the Senate does not flip and Graham loses his seat there may be a battle over what senior republican member of the committee would get to take over this important role.

Chair of the Senate Special Committee on Aging

Sen. Susan Collins (R-ME) is running for reelection in a state that has been increasingly more “blue” in the years since her election. Considered a “toss-up” by Cook Political Report, Collins may be able to hold onto her seat in the senate, but has a serious chance of losing her race for reelection, leaving her chair position for the Senate Special Committee on Aging vacant. In the event of a Democratic majority, Ranking Minority Member Sen. Bob Casey (D-PA) would likely take over the position. If the GOP remains in power, senior members of the committee will be amongst top choices for her replacement, in the face of a lost reelection campaign.

Chair of the House Committee on Agriculture

According to Cook Political Report, Congressman Collin Peterson’s (DFL-MN, 7) run for reelection could go either way. If he is unable to secure his position in the House of Representatives that would leave his chair position on the House Committee on Agriculture vacant. This committee is very important to representatives from rural states where agriculture plays a big role in the state economy. In the event the House flips, Ranking Minority Member Mike Conaway (R-TX, 11) would likely take over the role. If Peterson does not win his reelection campaign, but the Democrats maintain the majority in the House, democratic members of the committee will have to run for the open position.