On Tuesday, July 31, Supreme Court Justice Anthony Kennedy officially retired from the Supreme Court of the United States; he will cease active status as an Associate Justice on the Court and assume senior status. 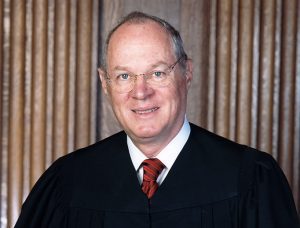 His retirement marks the end of a 30-year tenure on the nation’s highest federal court and 43 years serving on the federal judiciary.

The Court will now have one vacancy on the bench, that could potentially be filled by President Trump’s nominee, District of Columbia Federal Appeals Court Judge Brett Kavanaugh.

In addition, the clerks that served Justice Kennedy will likely move on to serve for another Justice for the remainder of their term. The Supreme Court had no information on where the former Justice Kennedy clerks would move to at this time.