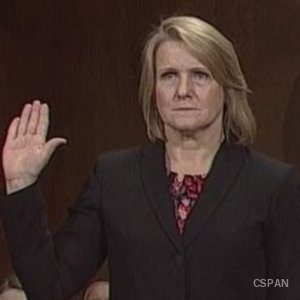 The Senate voted 78-21 to confirm Bridget S. Bade, a current magistrate judge for the U.S. District Court for the District of Arizona, to a lifetime judgeship on the U.S. Court of Appeals for the Ninth Circuit to fill the vacancy left by the retirement of Judge Barry G. Silverman in October 2016. Her official start date has not yet been determined.

Before her judicial career, Bade served as an assistant appellate attorney for the U.S. Attorney’s office in the district of Arizona. She also clerked for Judge Edith Jones of the U.S. Court of Appeals for the Fifth Circuit after graduating from Arizona State University’s Sandra Day O’Connor College of Law, and became a shareholder in Phoenix law firm Beshears Wallwork Bellamy, where she focused on civil litigation.

Bade represents the fourth confirmation to the Ninth Circuit in Donald Trump’s presidency. Conservatives have supported the move to reshape the court, which has been known for its liberal judicial philosophy. In total, President Trump has confirmed more than one-fifth of all federal circuit court judgeships in just over two years. Liberal observers argue that these nominations, along with Trump’s two Supreme Court confirmations, could lead to a more conservative federal judiciary overall.