By Chris MeltonApril 4, 2019 No Comments 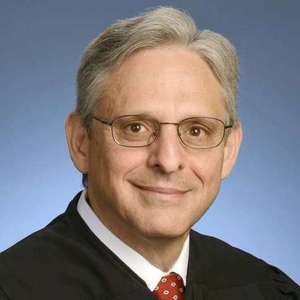 There’s a reason Merrick Garland was trending on Twitter yesterday. The Senate passed a resolution to reduce the required amount of debate on non-Cabinet level appointees and federal district court nominees from 30 hours to two. The resolution passed with 51 votes, along party lines. This is the third time in six years that the so-called “nuclear option” has been used to reduce the scope of the filibuster.

In 2013, then-Senate Majority Leader Harry Reid (D-NV) used the “nuclear option” to change the amount of votes needed to end debate on all non-Supreme Court judicial nominees and any federal appointees from 60 to 51. This move came after more than 70 nominees appointed by President Obama failed to receive a vote on the Senate floor. Most prominently, Chief Judge of the D.C. Circuit Court of Appeals Merrick Garland failed to receive a floor vote after President Obama nominated him in February 2016 to replace deceased Supreme Court Justice Antonin Scalia. Because the filibuster remained intact for Supreme Court nominees, Senate Republicans successfully blocked Garland from confirmation to the court throughout the 2016 presidential election and the remainder of President Obama’s term in office. President Trump then withdrew Garland’s nomination upon taking office in 2017 and nominated Neil Gorsuch.

Because of the perceived unfairness of blocking a Presidential nominee from receiving a vote for more than nine months, Senate Democrats filibustered Gorsuch’s nomination in February 2017. In order to confirm Gorsuch to the Supreme Court, Senate Majority Leader Mitch McConnell (R-KY) expanded the “nuclear option” to include Supreme Court nominees. Gorsuch took his seat on the Supreme Court in April 2017. This new rule also allowed Brett Kavanaugh to be confirmed to the Supreme Court, by a vote of 50-48, in October 2018.

Regarding Wednesday’s move to further reduce the scope of the filibuster, Senator Patrick Leahy (D-VT) called the move a “short-sighted, partisan power grab” and warned that the move could lead to the end of the filibuster altogether. McConnell defended the move, saying, “We cannot set this new precedent that the Senate minorities will systematically keep an administration understaffed down to the least controversial nominees anytime they wish somebody else had won the election.” He also reassured skeptics that the legislative filibuster, which applies to all other bills before the Senate is safe, and added, “(The legislative filibuster) has been, and must always be, the distinctive quality of this institution.”