By Chris MeltonAugust 7, 2019 No Comments 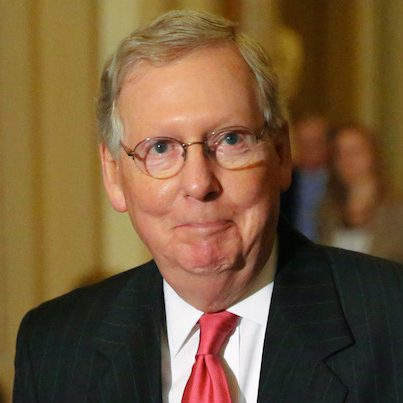 In just one week, the U.S. Senate has confirmed 17 judges to positions under its control before adjourning for August recess.

The confirmations were largely sped along by a move earlier this year limiting debate on judicial nominations to only two hours rather than the previous standard of 30. Most of these judges were nominated several months ago, some after being returned to President Donald Trump by the previous Congress disbanding in December, or quick approval from both of the nominee’s home state Senators. While a few passed via general consensus of the chamber, most passed by nearly party-line roll call votes, something that has become easier with the Republicans’ net gain of two Senate seats following the 2018 midterms.

This wave of confirmations brings the number of confirmations during the Trump administration to 146 in just over two-and-a-half years. For comparison, President Obama confirmed 329 judges over his eight years in office, while President George W. Bush confirmed 327. At present, nearly 1 in 4 active federal judges has been nominated by President Trump. In addition to these confirmations, there are 39 nominees pending and 112 total vacancies within the courts established by Article III of the Constitution with judges appointed to lifetime tenures.

Due to the President’s relative inexperience in the political world, most of his judicial nominees have been recommended to him by conservative legal groups such as the Federalist Society, Alliance Defending Freedom, and the Heritage Foundation. This, as well as Senate Majority Leader Mitch McConnell’s stated goal to have as many conservative-leaning judges as possible, has led to an unprecedented era of quick nominations and increasingly partisan judges. While disapproval has been strong from liberal organizations, most Democratic presidential candidates, and Supreme Court Justice Ruth Bader Ginsburg, remain skeptical of calls to expand the size of the Supreme Court or institute term limits for judges to limit the influence of one president over the judiciary for the next several decades.

If Democrats should take the presidency but not the Senate in 2020 – as seems plausible given preliminary polling and models from political statisticians – this may ultimately mean that no president could confirm as many judges as Trump has in as short of a time. As the refusal to vote on Obama’s nomination of Merrick Garland showed, even a one-vote majority in the Senate could mean that a Democratic president would be unable to confirm almost any judges to court vacancies or appointees to executive positions without conservative approval. The real course of action will likely depend on the situation on the ground in January 2021, assuming President Trump does not simply win re-election.

Regardless, the federal judiciary is likely to lean much more conservative for the next couple decades at least.