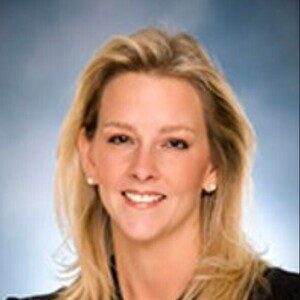 Few people can say they knew they wanted to be a judge like Macomb County Circuit Court Judge Jennifer Faunce. The county judge grew up surrounded by the judicial system. Her father was a district court judge in Warren, Mich., and her sister also went on to become a judge in Michigan. Faunce was born and raised in Warren, where she got her undergraduate degree and continued to the University of Detroit Mercy for her J.D. Following her graduation, Faunce spent seven years working with the Macomb County Prosecutor’s Office, including as head of the juvenile crimes division.

There are six primary types of judicial selection: partisan and nonpartisan elections, the Michigan method, assistant appointment, gubernatorial appointment, and legislative elections. County District Courts and Circuit Courts in Michigan use nonpartisan elections, where a judge won’t run on behalf of a particular party but rather just for that position. Faunce ran for her first judge position in the late 1990s and lost.

After winning reelection in 2000, Faunce decided she wanted to try running for a judge position again and successfully became a judge in the 37th District Court in 2003. When asked about what it’s like running for a judge position versus and political position, she said “it’s not very political unless you run at the highest court level.” She mainly focused on meeting people, discussing her history with the Prosecutor’s Office, and sitting on committees as a representative. She was a judge in the 37th District Court until 2013, when she was appointed to the 16th Circuit Court in Macomb County by Gov. Rick Snyder after her predecessor, David Viviano, swore into Michigan Supreme Court. Faunce ran and won the election to continue serving as a judge, where her father swore her in. Judge Sherman Faunce, and her sister, Judge Suzanne Faunce, stood by her side in support.

Looking back on her career and where she is today, Faunce gave some career and life advice. “Do what you enjoy. There’s no fun hating your job”. In her line of work, it can be long hours, tons of paperwork, and some slow moments but overall, Faunce admires the court system and upholds what it stands for. She enjoys the work and passion that comes from being a judge and appreciates all the support of the people who work within the court system. Faunce offers a unique perspective from previous ones we’ve interviewed, and sometimes your dream job is right in front of you. Different viewpoints can drive clerks or career lawyers to other roles when that opportunity comes knocking.