The long wait for a Senate-confirmed leader – the longest in its 42-year history – may soon be over for the White House Office of Science and Technology Policy, as President Trump announced on July 31 that he will nominate University of Oklahoma Vice President and Meteorologist Kelvin Droegemeier to the administration’s top science spot. 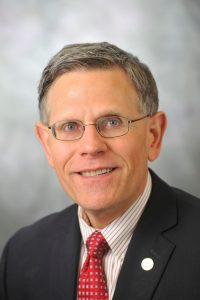 Widely considered a solid choice by academic and scientific interest groups, Droegemeier’s scientific career spans 35 years, during which he developed the first storm-scale weather prediction model to accurately allow extreme weather forecasting; the Center for the Analysis and Prediction of Storms (CAPS) model is still in use both domestically and internationally. 2017 featured costlier severe weather events than any year to date, and climate change models predict a worsening proportionate to the planet’s warming.

The OSTP director also traditionally holds the post of science advisor to the president, and as natural disasters grow in number and severity, meteorology will need to help determine everything from energy policy to disaster response.

Droegemeier’s experience is not limited to his field of research. Appointed and reappointed to the National Science Foundation Board by Presidents Bush and Obama, and as secretary of science and technology for the state of Oklahoma, Droegemeier is a political veteran as well, a skill that has served him well in his push for better governmental research and science education funding.

If confirmed by the Senate, he will face a much-reduced staff, the OSTP having cut personnel from 135 under the Obama administration to about 50 today, and steep cuts to research funding, which according to Droegemeier and his colleagues has reached a 40-year low.