By Cara DelVecchioFebruary 26, 2020 No Comments 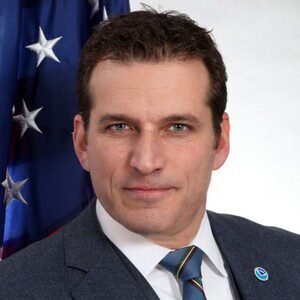 Stuart Levenbach moved to the White House as senior advisor to the chairman of the White House Council on Environmental Quality. He previously served as chief of staff for NOAA, a position he was appointed to by President Donald Trump in 2018.

Levenbach has held multiple positions in the White House’s Office of Management and Budget, first as program examiner from November 2007 to May 2012, and then as deputy branch chief and senior policy analyst at the Office of Information and Regulatory Affairs from May 2012 to January 2018. Prior to his EOP positions, Levenbach was a Sea Grant fellow and Peace Corps volunteer.

The Council on Environmental Quality recommends policies to the president that promote the improvement of environmental quality. Headed by Chairman Mary B. Neumayr, the Council’s recent focus has been on the proposal to update the National Environmental Policy Act (NEPA).

Levenbach graduated from The University of Michigan in 1996 with a B.S. in Biology. He then earned a PhD in Marine Ecology in 2006 from the University of California, Santa Barbara.