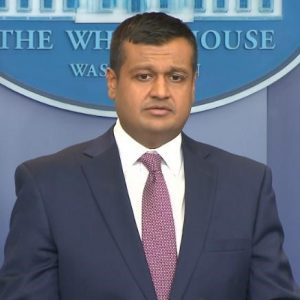 Government affairs firm Ballard Partners announced its new strategic communications practice, Ballard Media Group, will be chaired by Raj Shah, who will join the firm as a partner. He will lead the new service alongside partner James P. “Jamie” Rubin, who joined the firm last year. Ballard Media Group is a bipartisan service that will provide clients with communications, media relations and public affairs counsel.

Shah was most recently White House Principal Deputy Press Secretary, where he oversaw the strategy and communications efforts for the confirmation of Supreme Court Justice Brett Kavanaugh. Within the White House, Shah was also in charge of briefing the press, managing crisis communications and preparing President Donald Trump and senior officials for media appearances. Before that, Shah was the Research Director & Deputy Communications Director for the Republican National Committee.

Jamie Rubin joined the firm in 2018 and will serve as co-chair of Ballard Media Group. Rubin was Assistant Secretary of State for Public Affairs under President Clinton and the Department of State Spokesperson for Secretary Madeleine K. Albright. Rubin also continues to work in media as a contributing editor at Politico.