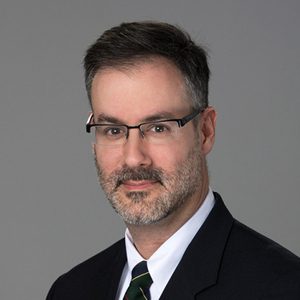 One of the best ways to find and win business in Washington is through the U.S. government contracting process. Baltimore, Md.-based law firm Whiteford, Taylor and Preston LLP just strengthened its position in the business by hiring David S. Panzer as co-chair of the government contracting practice alongside Tom Coulter. The team advises on the federal and state procurement process, helping clients avoid contractual missteps or disputes, and litigating these issues when unavoidable conflicts arise. It requires deep expertise, making the hiring of Panzer a big win for Whiteford. Providing them with a veteran litigator and self-proclaimed “battle tested” former corporate counsel.

Hailing from government services contracting giant DynCorp International Inc., Panzer spent his last seven years as deputy general counsel, where he handled day-to-day legal operations, serving as chief advisor to all government contract issues, and managing virtually all litigation. He started at DynCorp as senior litigation counsel in 2014 and followed that with two promotions, first to assistant general counsel in 2015, then to chief counsel, litigation and claims in 2018. This sharpened his skills as a business partner and litigator, while also putting himself at the forefront of the government contracting legal arena.

A deeper look into Panzer’s background showcases courtroom experience. He began his career with two, one-year clerkship stints, first with Judge Christopher C. Henderson of the Maryland Circuit Court, and next as law clerk for the District of Columbia Court of Appeals. He moved to private practice with a year as a litigation associate at Carter & Coleman before moving to Big Law firm Greenberg Traurig LLP. It was there that Panzer cut his courtroom teeth, serving as a litigation associate from 2001 to 2008, and a litigation shareholder from 2008 to 2014.