By Laura GibbonsJanuary 9, 2019 No Comments 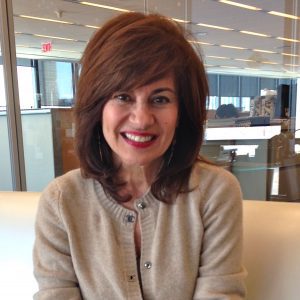 Senior Vice President and Publishing Director of the Young Women’s Group at Hearst Magazines, Donna Kalajian Lagani, will join Hearst Foundations as senior program officer on Feb. 4. She joined Hearst Magazines in 1995 as publisher of Cosmopolitan Magazine and was named publishing director in 1999. She also worked on launching CosmoGIRL! and Cosmo for Latinas.

Commenting on her transition from Hearst Magazines to the Hearst Foundations, she said: “Philanthropy is an important part of my life, and this is something I’ve always wanted to do. I’ve had the absolute best job on the planet for more than two decades, overseeing Cosmopolitan, the most powerful young women’s media brand in the world, and more recently, adding Seventeen, Women’s Health and brand licensing to my purview.