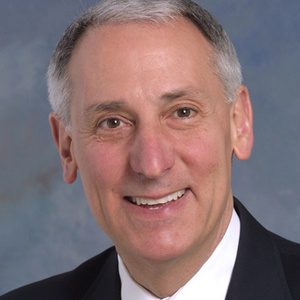 President and CEO of Hillel International, Eric Fingerhut, will hold the same title at The Jewish Federations of North America, the umbrella body of local community Jewish philanthropies. The appointment is effective Aug. 6 and he will replace Jerry Silverman, who announced he will not renew his contract in September. JFNA represents 147 Jewish Federations and over 300 network communities, raising and distributing more than $2 billion annually and through planned giving and endowment programs.

Before Hillel, Fingerhut was vice president, Education and STEM Learning Business at Battelle Memorial Institute and Chancellor at University System of Ohio. Battelle is the world’s largest independent research and development organization. From 1997 to 2006, Fingerhut served as an Ohio state senator, where he worked on initiatives ranging from higher education to human services and economic development. From 1993 to 1994, he represented Ohio’s 19th congressional district in the U.S. Congress and, in 2004, was the Democratic Party’s candidate for U.S. Senate. Fingerhut has some history with the federation as well. In a Facebook post, he was quoted: “My mother was a receptionist at the Federation-supported Cleveland Jewish News for 30 years. My father sold insurance. I didn’t realize it at the time, but my early life was shaped by Federation. I went to preschool at the JCC. I vividly remember carrying signs in the walkathons standing up for Israel during the 1967 and 1973 wars.”