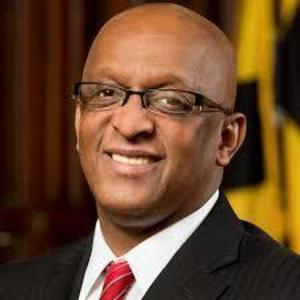 After a month on medical leave, Baltimore Mayor Catherine Pugh has formally left office. Pugh, who had been on leave fighting pneumonia, submitted her letter of resignation on Thursday. This comes after reports that healthcare entities including Kaiser Permanente and the University of Maryland Medical Center paid hundreds of thousands of dollars to purchase huge numbers of her self-published series of Healthy Holly children’s books. The FBI also reportedly raided her home last week as part of a federal investigation. Pugh, who as previously served as a Maryland state legislator, said in her resignation letter, “I am confident that I have left the City in capable hands for the duration of the term to which I was elected.”

Bernard “Jack” Young, who had been serving as ex officio mayor during Pugh’s leave of absence, will now serve as mayor until the next general election in November 2020. Young had previously served as president of the City Council. Mayor Young tweeted “Although I understand that this ordeal has caused real pain for many Baltimoreans, I promise that we will emerge from it more committed than ever to building a stronger Baltimore. Charm City is wonderful and is full of resilient people who are working hard every day to move our City forward. You all deserve recognition, and I will spend my time as mayor working alongside you.”