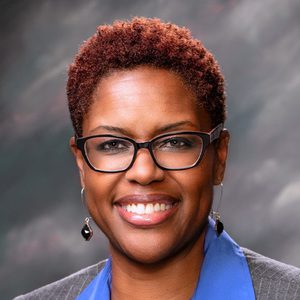 One of the first questions that comes up in June is, “When is the parade?” Pride celebrations are hosted yearly in honor of the 1969 Stonewall Uprising in Greenwich Village, N.Y. These celebrations, filled of rainbow flags and corporate sponsorship, bring communities of LGBTQIA+ individuals together to be proud of our identities and experiences. While Pride is often celebrated in person, counties have had to look at ways to be able to recognize their residents with health safety in mind. Here are 3 notable actions county governments did to recognize/provide resources for members of the LGBTQ+ community.

Somerset County Freeholder Director Shanel Y. Robinson announced, on June 23, the creation of a LGBTQ+ advisory board. This board will consist of seven members of the community aiming to find ways to ensure that LGBTQ+ residents of the county feel welcomed and can thrive.

While many municipalities have been raising the LGBTQ+ flag at their administration buildings for years, some locations are hoisting it for the first time in their government’s history. One was Bucks County, which raised the LGBTQ+ on June 23. The flag that was raised was donated by Pennsylvania’s Lt. Governor John Fetterman. Notable county officials at the flag raising included County Commissioners Diane Ellis-Marseglia and Robert Harvie.

On June 19, LA County Board of Supervisors Chair Kathryn Barger Leibrich said the LA County Public Health Department has now added sexual orientation and gender identity questions in order to capture this information in COVID-19 testing. Barger also mentioned a current bill that is being voted on in the California State Legislature known as SB-932: Communicable diseases: COVID-19: data collection. This bill will require that any electronic tool used to report cases of communicable diseases include information of a patient’s sexual orientation and gender identity.