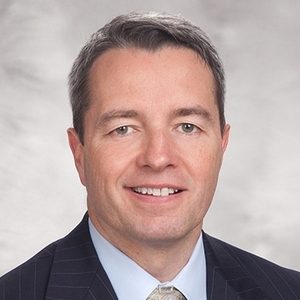 Rite Aid Corp.’s CEO John Standley, President and COO Kermit Crawford and CFO and CAO Darren Karst are all leaving the company following a failed $24 billion deal with Albertsons Cos.

In the evening of March 13, Rite Aid also announced a restructuring plan that includes cutting some 400 full-time corporate positions across the company’s headquarters and field offices, amounting to more than 20% of the company’s overall executive count.

Rite Aid and Albertsons announced their deal in February 2018 but faced severe opposition from Institutional Shareholder Services Inc. and Highfields Capital Management, the drugstore operator’s fourth-largest investor, which argued the merger did not offer sufficient consideration for Rite Aid shareholders. Albertsons responded, “We disagree with the conclusion of certain Rite Aid stockholders and third-party advisory firms that although they acknowledged the strategic logic of the combination, did not believe that Albertsons Companies was offering sufficient merger consideration to Rite Aid stockholders.”

Terminating in August , the scuttled deal has had minimal impact on food and drug retailer Albertsons, but has left Rite Aid in bad shape, with its stock having fallen 21% since the deal’s February announcement. The company faced more heat as investors objected to the clause that would grant senior executives retention bonuses even if the deal falls through. Standley, who from 2012 to October served as chairman and CEO of Rite Aid, lost the chairman role to longtime board member Bruce Bodaken in the fallout of the Albertsons merger termination.

Standley will remain in the chief executive position until a successor is named. Karst has dropped his responsibilities and will be leaving the company following a transitionary period. Crawford, who held his role since 2015, has also been dropped from the company roster.

In their place, Rite Aid’s board of directors elected former COO of Rite Aid Stores, Bryan Everett, as the new operating chief. The CFO role has been taken by Matthew C. “Matt” Schroeder, former senior vice president, chief accounting officer and treasurer for the company. Schroeder’s chief accounting officer role was picked up by Group Vice President and Controller Brian Hoover. The majority of the executive cuts will take place immediately and are expected to continue until the end of fiscal 2020. Rite aid expects to achieve an annual savings of about $55 million with the staff reduction.

In an age of corporate mega-mergers that has stretched the known limit of how large corporations can grow in recent administrations’ corporate-friendly environment – more-so in the current one, Rite Aid’s failed merger with Albertsons has been seen by some analysts as a sign of Rite Aid’s inability to keep up with competitors CVS Health Corp. and Walgreens Boots Alliance Inc. CVS managed to pull off its $69 billion merger with Aetna in November, while Walgreens’ continued partnership with health insurer Humana Inc. has led to speculation of potential investment stakes. It remains to be seen how Rite Aid will try to reassert itself as a major player in the pharmacy market.

Leadership Connect has contacted Rite Aid – follow this post to keep up with more executive moves as more news filters in on which executives will no longer call the drugstore home.