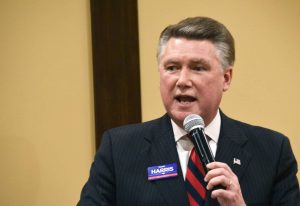 Representative Robert Pittenger (R-NC, 9th), lost his primary Tuesday night, becoming the first incumbent in either party to be ousted this election cycle. Pastor Mark Harris (R) beat the congressman by 3 percentage points; In 2016, he lost to Pittenger by a mere 134 votes.

Harris is a former senior pastor of Charlotte’s First Baptist Church and the former president of the North Carolina Baptist Convention.

Harris portrayed Pittenger as a member of the “Washington swamp” and criticized his vote for the $1.3 trillion spending bill signed in March 2018.