By Grace BurtonDecember 15, 2020 No Comments

In one of the most significant changes to Democratic Caucus rules in years, Senate Democrats voted to impose a rule sponsored by Sen. Chris Murphy (D-CT). This rule states that Democrats in committee leadership positions on “A” committees (listed below), cannot hold chair or ranking member positions on subcommittees, until junior members of the panel have the opportunity to lead a subcommittee. Seniority is dictated by the broader Democratic Caucus. In layman’s terms, more senior members of committees cannot ‘hoard’ leadership positions.

Original debates surrounding the rule were sparked by the announcement that Sen. Dick Durbin (D-IL), who currently holds the No. 2 spot within the Democratic party, Senate Minority Whip, would also be vying for the ranking member position of the Senate Judiciary Committee. This announcement came after Senator Dianne Feinstein stepped down from her ranking member position on the committee following criticism of her handling of Amy Coney Barrett’s confirmation hearings. This new rule will require Durbin to step down from his position as ranking member of the Appropriations Subcommittee on Defense if he is able to claim the top Democratic spot on the Judiciary Committee. In anticipation of this change, Durbin has preemptively relinquished his Appropriations subcommittee leadership role as a display of commitment to the practices of the Judiciary Committee.

It is expected that the Committee on Appropriations will feel the impact of this rule change, where many of their subcommittees play an integral in the drafting of “must-pass” legislation each year. The committee handles $1.4 trillion in federal agency budgets and divides that work amongst subcommittees, making these some of the highest impact, most sought after positions on Capitol Hill.

Other top appropriators that could be affected by the new caucus rule:

While this rule change was brought about by the notion of Durbin potentially taking over the ranking member position on the Senate Judiciary Committee, it is unlikely that the Senate will finalize their Committee Leadership until after the Jan. 5 Georgia runoff races that will determine which party will hold the majority of the Senate. 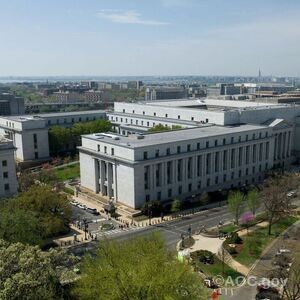