By Wayne McKenzieJanuary 27, 2021 No Comments 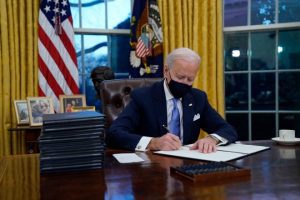 As President Joe Biden took office, the administration changes started rolling in fast and furious. And more so than in past presidential transitions, journalists are moving and shaking all over Washington, as well as in the politics beat across the country. Leadership Connect’s news media team has been closely following these changes.

More big names can be seen in our weekly News Media This Week briefing, including but not limited to CBS’ Nancy Cordes, ABC News’ Cecilia Vega and Kristen Welker, The Washington Post’s Ashley Parker and CNN’s Kaitlan Collins.

In his initial acts, Biden has signed a flurry of executive orders – all listed here. Two of his earliest moves have been to boost federal response to the COVID-19 pandemic, and unveiling an immigration plan.

We will continue to dig to bring you the most accurate and verified information.