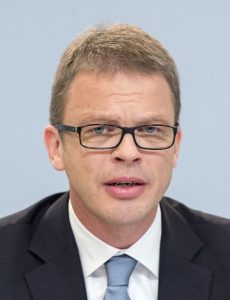 The Supervisory Board of Deutsche Bank AG has appointed Christian Sewing as the bank’s new chief executive officer.

Sewing previously served as president and co-head of Deutsche’s Private and Commercial Bank since 2017 and prior to that, served as the head of the bank’s private and business clients from 2015 to 2017. Since first joining Deutsche in 1989, Sewing has worked for the bank in Frankfurt, Hamburg, London, Singapore, Tokyo, and Toronto.

Sewing begins his new role immediately and succeeds John Cryan, who plans to leave the bank at the end of this month.

Additionally, The Board promoted Garth Ritchie and Karl von Rohr as the new presidents of the company.