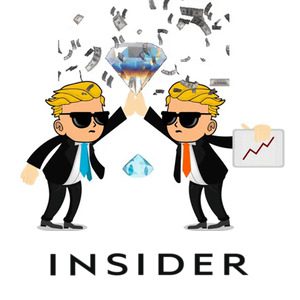 Relatively speaking, February has been a much more stable month than January, allowing us to home in on political/D.C./vaccine rollout Movers & Shakers. Though it’s worth mentioning Texas was 4 minutes and 37 seconds from a collapse of its power grid.

The New York Times announced its White House team, while Maggie Haberman is already thinking about 2022 midterms and the 2024 presidential campaign. Voting rights will surely come into play as 33 states introduce new legislation aimed at election procedures and voter access. We’re also paying special attention to the NYT masthead and Carolyn Ryan, thought to be the most powerful woman in the newsroom.

There were also big political moves at FOX News and Insider; and a Politico hire gives us a chance to tout our COVID-19 reporting list. Outside newspaper and digital media reporters, there are some big interviews to look out for, such as Mehdi Hasan starting a new show Sunday at 8 p.m. His first guest is Alexandria Ocasio-Cortez.

JUST ANNOUNCED: @mehdirhasan is coming to Sunday nights on @MSNBC.

Tune in to The @MehdiHasanShow starting this Sunday 2/28 at 8pm ET.

He will be joined by his first guest @AOC. pic.twitter.com/mtyKxiV7Xo

On Monday at 10 p.m., Ashleigh Banfield hopes to revive the Larry King-style interview on weeknights. In her hour-long show, Banfield will conduct in-depth interviews with a single newsmaker, politician, or celebrity guest. Keith Olbermann, who has been doing political commentary on YouTube, is on the upcoming guest list.

It’s almost a wonder why anyone would leave Insider right now.

NEW: Memo from execs at @BusinessInsider to employees, obtained by @Axios:
— The company is increasing its minimum salary for full-time employees in the US to $60,000, starting April.
— Increasing minimum severance in the US to 2 months (8 weeks)

This week’s highlights also include:

On a final note, for those who want the inside scoop on Congress, Punchbowl News has been coming through. Less than two hours ago, they broke news that Rep. Rosa DeLauro (D-CT, 3) and Sen. Patrick Leahy (D-VT), the chairs of the House and Senate Appropriations committees respectively, reached a deal on the ground rules for earmarks in this year’s spending bills.

Leadership Connect is hear to filter the noise. If you think an outlet or reporter deserves attention, please let us know.

— Megan Kashtan and Wayne McKenzie contributed to this briefing.