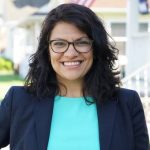 Rashida Tlaib won the Democratic nomination in Michigan’s 13th Congressional District, which covers parts of Detroit and its suburbs. The district had been represented by former Rep. John Conyers Jr. (D) until his resignation last December.

Tlaib, a former state legislator who’s garnered endorsements from national progressive groups, will run unopposed in November and is poised to be the first Muslim woman to serve in Congress.

The special election to serve the remainder of Conyers’s term was also held Tuesday but was too close to call. Detroit City Council President Brenda Jones had a narrow lead over Tlaib, leading her by just over one percentage point. 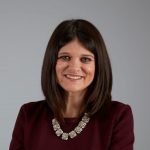 Haley Stevens (D) came out ahead of a crowded field to win the Democratic nomination in Michigan’s 11th District.

Stevens worked in the Obama administration and got a last-minute endorsement from Hillary Clinton. 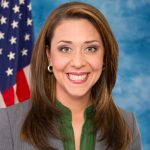 Washington state’s primary elections are conducted with a top-two party system, meaning that the top two vote-getters in the primary election will proceed to the general election regardless of political party. Tuesday’s results in Washington’s Third, Fifth, and Eighth Districts indicate that Washington Republicans will have a difficult road to November. 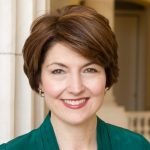 Rep. Dave Reichert (R-WA, 8th) is retiring at the end of his term, opening up a seat that had already been considered a tossup after Trump lost by 3 points back in 2016.

Former State Senator Dino Rossi earned a spot in the general election with 43 percent of the vote; his challenger will either be pediatrician Kim Schrier (D) or former King County Deputy Prosecutor Jason Rittereiser (D). Democrats, in total, are up by 3 points in that race.

Progressive hopefuls were defeated in Missouri and Kansas Tuesday, despite support from Alexandria Ocasio-Cortez, the Democratic Socialist who unseated incumbent Rep. Joe Crowley (D-NY, 7th) earlier this month and who has become an influential voice for similar candidates across the country. 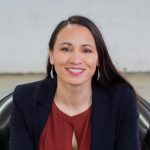 Black Lives Matter activist Cori Bush had hoped to unseat incumbent Rep. William Lacy Clay (D-MO, 1st), running on issues like Medicare for All and increasing the minimum wage, but lost by 23 points.

Labor lawyer Brent Welder had also hoped to win in a tight six-way primary in Kansas’s 3rd District but lost to Sharice Davids by 3 percentage points.

Davids, who was endorsed by EMILY’s List, is the state’s first openly gay, Native American nominee for Congress. She will face incumbent Rep. Kevin Yoder (R-KS, 3rd) in November.

The special election to replace former Rep. Pat Tiberi (R) in Ohio’s 12th Congressional District was too close to call on Wednesday.

Pro-Trump Republican Troy Balderson led moderate Democrat Danny O’Connor by 1,745 votes out of 202,000, or about 0.09 percent, but more than 3,000 provisional ballots had not been counted. Republicans did not expect such a tight race in the reliably Republican Columbus-area district.

The winner of the special election must also run in November’s general election to remain in Congress next year.