In the world of government affairs, it’s critical to have the right relationships before you need them. Whether you’re a newcomer trying to break in, or your old contacts have moved on to bigger and better things, our panel of experts will share how they adjust to the revolving door and devise an effective strategy.

Leadership Connect, in partnership with Government Relations Association, enables a variety of outcomes that empower government affairs professionals. The event will provide attendees with practical solutions for engaging government at the federal, state and local levels.  Panelists will share their methods for developing effective strategies based on lessons learned in 2021 and in anticipation of 36 governor seats up for election in 2022.

Topics will range from strategizing with changes in administration, what it means when Congress or state governments flip, how fly-ins contribute to the overall goal, and ways to build relationships that last for years. 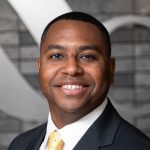 Freddy Mitchell serves as a senior member of MetLife’s U.S. government relations team, leading the company’s advocacy and lobbying efforts on retirement, annuities, capital markets and various other financial services policies. Prior to joining MetLife, Freddy served as Vice President of Congressional Relations for the American Bankers Association, where he advised member companies and developed legislative strategies on securities, banking and investments issues. 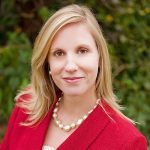 Tiffany Waddell leads NGA’s federal advocacy team in Washington and works with Governors’ public policy advocates from the 50 U.S. states and five territories. Waddell previously served as Maryland Governor Larry Hogan’s Senior Advisor & Director of Federal Relations, working to support the Governor’s advocacy efforts for nearly six years, including his recent term as Chair of the NGA, where she was successful in working across the aisle to achieve bipartisan solutions. 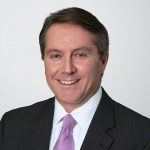 Registration is now closed. If you have already registered, please check your email for access information.